The translation feature in Google Docs allow you to write a doc once, and with a few clicks make it available in any of 42 supported languages: Albanian, Arabic, Bulgarian, Catalan, Chinese, Croation, Czech, Danish, Dutch, English, Estonian, Filipino, Finnish, French, Galician, German, Greek, Hebrew, Hindi, Hungarian, Icelandic, Indonesian, Italian, Japanese, Korean, Latvian, Lithuanian, Maltese, Norwegian, Polish, Portuguese, Romanian, Russian, Serbian, Slovak, Slovenian, Spanish, Swedish, Thai, Turkish, Ukrainian, and Vietnamese.
When you combine this new feature with the template gallery, things get more interesting. Anyone in your domain can make a template, and put it in your organization's own gallery. From there, colleagues from around the world will be able to grab a copy of the template and with a couple of clicks, localize it into the language that they're most comfortable with. All of the document's original formatting and layout will be preserved.
You will find the Translate option under the Tools menu.
It is very cool... Isn't it? 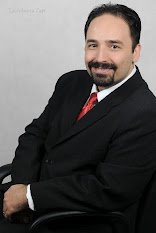